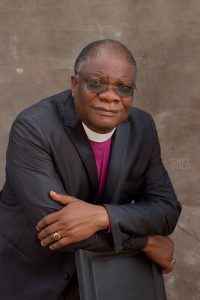 The CCN is an offshoot of the World Council of Churches which is a fellowship of churches which confess the Lord Jesus Christ as Lord and Saviour according to the scriptures, and therefore seek to fulfill together their common calling to the glory of God, Father, Son and the Holy Spirit.

In the 1930s and ‘40s, as plans were being made for creation of the World Council of Churches, the majority of churches involved were based in Europe and North America. Representation of Churches by geographical regions arose from a vision of Christian unity that would no longer be held captive by “western parochialism” but provide a balance among churches of east and west, south and north. This balanced diversity was deemed essential to the catholicity, or universality, of the world-wide church.

The WCC has identified eight regions that complement one another in their partnership. Most of these regions have inaugurated autonomous regional ecumenical organizations (REOs) exhibiting their differences from one another in terms of history, membership, organizational structure and decision-making. Representatives of each region attempt to apply the goals of the global movement toward unity within those cultural contexts where their member churches live and bear witness. At the time of the foundation of the World Council of Churches in 1948 there were no regional ecumenical organizations yet. The first to come into being was the East Asia Christian Conference, in 1957. It was followed in 1959 by the Conference of European Church (CEC). At the early stage of this new development in the ecumenical movement, the leadership of the WCC voiced some concern that it would lead to fragmentation and weakening of the oneness of the movement. However, the creation of regionalized ecumenical instruments reflected the felt need of the churches for a place where they could deal with the specific issues of their region, and make their voice heard at the regional level. Regional ecumenical organizations also provide a context for the churches to express and celebrate their common regional identity, culturally, historically and politically.

Although the regional ecumenical organizations (REOs as they are being called) share a common identity and constitute a distinctive group within the one ecumenical movement,  they differ in approach, priorities, working style, and structure, according to the  particularities of each region. The different designations of “conference” and “council” also reflect nuances in their self-understanding. In two of them, the Christian Conference of Asia and the pacific Conference of Churches, national councils of churches are full members along with the churches. The Caribbean Conference of Churches has category of associate membership for national councils of churches; the all Africa conference of Churches, the Conference of European churches and the Latin American Council of Churches have a similar associate status for councils and other organizations. The Middle East Council of Churches is shaped according to eth specific model of “families of Churches”.

In the early 1980s, the regional ecumenical organizations began to develop inter-regional cooperation. The general secretaries of the organizations started meeting regularly, to share information and discuss common concerns. The World Council of Churches joined this process. In 1992, the REOs and the WCC formulated and agreed on a set of “guiding principles for relationships and cooperation”. Since then, an “REOs and WCC General Secretaries Group” meets annually. It should be underlined that the regional ecumenical  organizations are entirely autonomous bodies, which in no way depend structurally or otherwise on the WCC. The WCC has formally acknowledged the REOs in its Rules as “essential partners in the ecumenical enterprise”. This partnership is reflected in the intensive programme cooperation between WCC teams and REOs, in a variety of ways, according to the nature of the programmes and regional proprieties.

The WCC 10th Assembly called the churches to join a pilgrims of justice and peace. This call sets the direction for the WCC in the coming years. All WCC programmes aim to support the member churches and ecumenical partners to journey together, promoting justice and peace in our world as an expression of faith in the Triune God.

All programmes share a responsibility for strengthening relationships with member churches and ecumenical partners, spiritual life, youth engagement, inter-religious dialogue and cooperation and building a just community of women and men.

Nigeria is the most populous and largest oil-producing country of Africa. A former British colony, Nigeria gained its independence in 1960, as a federation. The federal system, imposed by the British, has been a source of conflict, the worst of which was the Biafra secession war from 1967-70, which took more than a million lives. Nigeria has gone through a succession of military and civilian regimes, marked by corruption, violence, and human  rights abuses. In 1999, elections brought back a more stable government, Economically, Nigeria has remained a poor country. The oil revenues only benefit the ruling minority. The WCC has supported the Ogoni people in their struggle against the oil companies. The north  of Nigeria is predominantly Muslim, the south Christian. Violence between Muslims and Christians has occurred frequently, especially in the northern states which have established Sharia’h law, but also in the south. Besides the large mission-founded churches such as the Anglicans, Catholics, Baptists, etc. Nigeria has a large number of African Instituted, independent, and Pentecostal churches, which are very active in evangelism and church panting in neighbouring countries, in Europe, North America and other parts of the world. The churches are organized into five distinct groups namely the catholic churches; the Evangelical church of West Africa (TEKAN/ECWA); and the Christian Pentecostal Fellowship of Nigeria, who make up the membership of the Christian Association of Nigeria, an umbrella body representing all Christians.

An international ecumenical team of church representatives, so called “Living letters”, paid a solidarity visit to churches and ecumenical organizations in Nigeria from 15 to 20 May 2010.

BRIEF HISTORY OF THE CHRISTIAN COUNCIL OF NIGERIA (CCN)

The Christian Council of Nigeria (CCN) came into existence in November 1929 with the effort of missionaries. It began in the south as a result of an informal meeting of a small group of missionaries who then met in Ibadan to discuss the line of action concerning the new Educational law instituted to separate religion from education. The meeting brought together mainland protestant Churches. It also made efforts to incorporate the Roman Catholic Church but the Roman Catholic Church never became a member of CCN, for Roman Catholic Church considered it a Protestant movement. The Roman Catholic Church later came together to work with CCN in the area of education and health. The aim of the meeting reflected in the name ‘United Missionary Council for Education’ which was the first name adopted by this association. The meeting described as the first ecumenical attempt of the churches in Nigeria had impact all over Nigeria as Churches in the North later joined the movement. As a result of the meeting the government was prevented from enacting the law. This accomplishment reflected the power of joint action and one voice. This success have the missionaries the courage to start an organization and in 1930 the name of the association was changed to Christian Council of Nigeria (CCN) giving room for the organization to address issues, other than education, that are affecting the lives of Nigerians. For a dozen years the leadership of the organization was mostly in the hands of missionaries.

“A united Christian Organization that is the conscience of the Society for the fullness of life for God’s creation in Nigeria.

To facilitate and build the capacity of member denomination that ensures a sustained Christian lifestyle, witness and transformation of the Nigeria Society.

iii. Ecumenical Body: We are bound together in Christian Faith and will promote Harmony, Justice, Peace, Love and Unity.

The function of the Christian Council of Nigeria, Ogun State Chapter shall include, but not limited to the following:

A member Church of the Christian Council of Nigeria, Ogun State Chapter shall be:

Membership is open to a Christian Church in Nigeria, Ogun State, which:-

An Associate member – Body shall be recognized Christian Organization, which teachers its members, the Christian way of life and exercise Christian discipline, and which is prepared to work in co-operation with other member-denomination. Its application for associate membership shall be acceptable to not less than two –third of the voting members present at the assembly at its regular meeting.

Membership of the council shall be terminated either by member- denominations own choice, or on the recommendation of the Executive Committee, ratified by the decision of not less than two –third of the voting members present at the state general meeting, provided that such Member – Denomination, prior to termination, shall liquidate all indebtedness.

ORGANS OF THE COUNCIL

The organs of the council shall be:

This shall be the Highest Organ of the Council.

Composition of the Assembly /Meeting

The State general assembly/meeting shall be on constituted as follows:

Qualifications for the State Assembly/Meeting

Every member denomination sending delegates to the state assembly/general meeting must ensure broad geographical spread within the local government that exists within the division.

OFFICERS OF THE COUNCIL

The officers of the council shall include

All Officers shall hold the office for three (3) years of not more than two (2) terms.

There shall be four (4) PRO’s who shall publicize all activities of the assembly.

The Council’s financial need shall be met through:

The financial needs shall be decided upon annually by the Executive/State Assembly and shown in a budget prepared by the finance committee sufficiently within the financial year.

All the funds of the council shall be lodged into a reputable banks approved by assembly. The Chairman, secretary and treasurer shall be signatories to the accounts.

The financial year of the council shall be from 1st January to 31st December of each year.

The function of the major Divisional Area Committee shall include but not limited to:

Each major divisional area committee shall appoint its officers as stated above.

Each major divisional area committee shall send copies of its annual report to the state general secretary for record purpose.