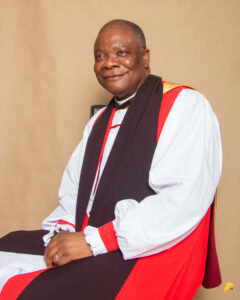 LECTURE DELIVERED AT THE LAGOS, LAGOS WEST, LAGOS MAINLAND, BADAGRY AND AWORI JOINT CLERGY WORKSHOP HELD AT OUR SAVIOUR ANGLICAN CHURCH, TAFAWA BALEWA SQUARE ON TUESDAY 7TH FEBRUARY, 2017 AT 12.15PM
SUB-THEME: THE AARONIC SACREDOTAL VESTMENTS: PURPOSE AND RELEVANCE TO THEIR TIME
“And draw near to yourself Aaron your brother, and his sons with him, from among the children of Israel, that he may minister to me in the priest’s office; Aaron, Nadav, and Avihu, Elazar, and Itamar, the sons of Aaron, and You shall make a sacred garments for Aaron your brother, for honor and for beauty. And you shall speak to all who are wise hearted, whom I have filled with the spirit of wisdom, that they may make Aaron’s garments to consecrate him, that he may minister to me in the priest’s office. And these are the garments which they shall make: a breastplate, and an ephod, and a robe, and a quitted undercoat, a mitre, and a girdle; and they shall make holy garments for Aaron your brother, and his sons, that he may minister to me in the priest’s office…” (Ex. 28:1-4)
Moses was instructed by God that the garments of the priests were to be dignified and beautiful; as precious as the garments of royalty. Indeed, the Talmud informs us that when the wicked Persian King Ahasuerus made a feast for his advisors and officers and sought to impress them with his garments (as recorded in the scroll of Esther, which tells the story of Purim) he put off his own royal vestments and donned the uniform of the High Priest… which was made precious than his own. These priestly garments were in his possession since the First Temple has been destroyed by the Babylonians. Understanding Life in the Holy temple is noteworthy and revealing that one of the finest ways to gain insight into both the details of life in the Holy Temple, and to its inner spirit, is by a study of the priestly garments. We shall see that these garments are essential in order for the priests to function in their sacred capacity, so much so that in their absence, the offerings made by the priests in the temple have no validity! Without his uniform, the priest who serves in the Holy Temple is considered like a “Stranger” before the Lord. Like an ordinary non-priest. What, then, is the basis for the garments’ powerful significance?

SEASON: ADVENT SUNDAY
COLOUR: PURPLE / VIOLET
THEME: THE REIGN OF THE LORD
COLLECT FOR: ADVENT SUNDAY
Psalm 122
Almighty God, give us grace to cast away the works of darkness and to put on the armour of light, now in the time of this mortal life, in which Your Son Jesus Christ came to us in great humility so that on the last day, when He shall come again in His glorious majesty; to judge the living and the dead, we may rise to the life immortal: through Him Who is alive and reigns with You and the Holy Spirit, One God now and forever. Amen.