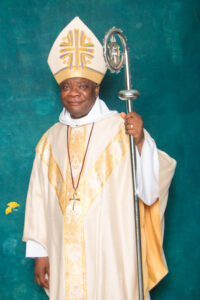 YMCA means “Young Men’s Christian Association” and was originally founded in London in 1984. The reason the club was formed was to help improve young men spiritually through holding of bible classes, prayer meetings and other spiritual means.

The first YMCA organized group was formed in the city of Kano in 1925 but that local church based group soon faded away until 1944 when the Lagos YMCA Central Club which later developed into the Lagos YMCA was formed. Taking a cue from Lagos, which was the country’s former capital city until the early nineties, YMCA groups sprang up in other cities and towns. YMCA work in Nigeria was further advanced by Fraternal Secretaries from YMCA movements in the UK (1958), International Committee of the YMCAs of the USA and Canada (1963) and German YMCA (1964). In 1962, the National Council of YMCAs of Nigeria was formed as an umbrella body of autonomous Local Associations. However, it was through the formation of the National Council that the YMCAs of Nigeria applied and were registered with the World Council of YMCAs at the meeting in Tosanzo, Japan in 1964 under the founding National President in the person of the late Chief Timothy Oluwole Oyesina. It was through this registration and affiliation that the franchise of the international YMCA family was brought to the National Council and subsequently to the Local Associations. YMCA work suffered a serious setback during the 3-year civil war the country went through in 1967 – 1970. Subsequently, the days of fraternal secretaries were over in April 2000 when the last from Germany left the services of the Northern Zone YMCAs. However technical personnel for VTCs (Vocational Training Centre) and other special projects are still being recruited from Germany.

The YMCA of Nigeria adapted the Paris Basis and Kampala Principles to suit local conditions until 1994 when a National Strategic Development Plan Workshop was held at the University of Lagos. One of the highlights of that workshop was the adoption of a Mission Statement which runs thus:

‘We provide relevant community based programmes and services that develop the mind, spirit and body of the youths and the less privileged on the basis of equality and justice and in accordance with the Christian mandate’

The statement was considered relevant to the past, present and future aspirations of our YMCA which initially focused on Youth Development Programmes, Leadership Training, Formal and Informal Education and Vocational Training. While these original thrusts are still relevant today, the statement is equally germane to new challenges arising from such phenomena as HIV/AIDS ethnic/religious conflicts, political violence and gender inequality.

Our main programmes centre on youth Empowerment, Gender Sensitivity, Poverty Alleviation, Leadership Development, Political and Civic Education and Capacity Building towards self reliance. We organise youth camps at local, national and international levels. Through leadership programmes we train the young people to develop the capacity to as we are

The National Council of YMCAs of Nigeria is a leading movement for young people in Nigeria regardless of sex, religion, ethnic background, social status or political inclination.

It’s found in more than fifty five cities and communities presently in 15 out of 36 states in Nigeria including the federal capital territory Abuja.

YMCA offers individuals the chance to meet with fellow Christians and non Christians to come together and offer their services to impact lives positively to the honour and glory of God.

YMCA Lagos despite being formed with the main intention to focus on youths still offers various levels of memberships. They include:

This is a membership that is open to individuals who are above the age of 35 years. The membership was created for people who will be interested in spending their time as well as their skills and talent to render and support the youth.

This is a membership that is open to individuals who are between the ages of 15 and 35 years old. The membership was created for people who are interested in being instruments of change and help impact the lives of the youth positively. This type of membership attracts a registration fee as well as a renewal fee.

This type of membership is open to people who are interested and like the programs and activities of YMCA but do not have the time to take part in the programs and activities. This are for people who would love to share their knowledge and impact the lives of the youth positively but because of their busy schedule cannot do so. Due to the constraints of their busy schedule, this people pay a higher registration and renewal fee annually.

This type of membership is open to people who are only interested in enjoying the facilities of YMCA for a period of three months. This membership attracts only a registration fee.

This is also a type of membership that is also open to people who are interested in enjoying the facilities of YMCA, particularly its hostels. This membership attracts a registration fee only and their membership expires after their stay in the hostel.

This is a membership that can be given to members who have financial supported the association for more than ten years. This membership attracts a registration fee only.

The association provides various programs that help improve the well being of the youth and the young at heart. They include the following:

The association provides its community with a wide range of sporting activities to engage the youth and keep them busy and improve their fitness and health.

The aim and mission of YMCA is to raise a very competitive athletics team that will become champions while they are still able to imbibe the qualities of fair play, team work and learn good sportsmanship.

YMCA organizes camps to foster and promote healthy development in youths. The camp is open to children between the ages of 8-15. Role models, resources and opportunities are provided in a conducive environment and ensure that the children are proper taken care off. The camps are created to set up programs which promote the important values of YMCA which are honesty, respect caring and responsibility.

SEASON: ADVENT SUNDAY
COLOUR: PURPLE / VIOLET
THEME: THE REIGN OF THE LORD
COLLECT FOR: ADVENT SUNDAY
Psalm 122
Almighty God, give us grace to cast away the works of darkness and to put on the armour of light, now in the time of this mortal life, in which Your Son Jesus Christ came to us in great humility so that on the last day, when He shall come again in His glorious majesty; to judge the living and the dead, we may rise to the life immortal: through Him Who is alive and reigns with You and the Holy Spirit, One God now and forever. Amen.